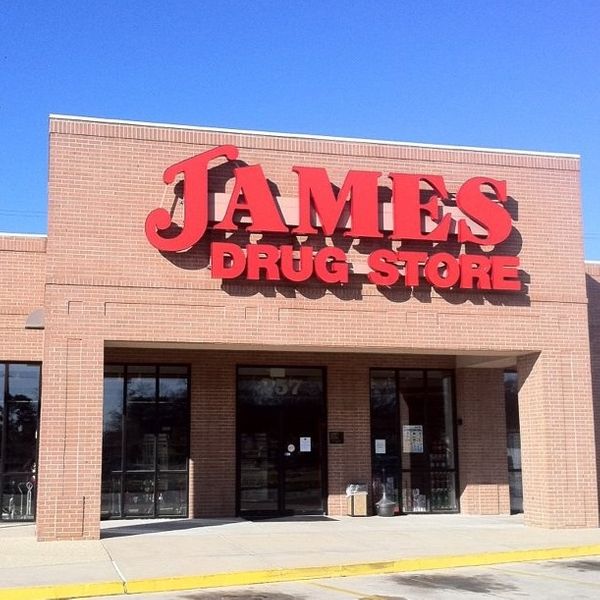 James Drug Store was founded by Doc James on Range Avenue in Denham Springs on March 19, 1932. Through the years the drug store served as a community center for various events over the years. During World War II, James Drug Store was a disembarking center for the young men entering the armed forces. For several years after that, it served as the Denham Springs Greyhound Bus station. The store was also the location of the local doctor's office. At the time of Doc James' death, the store was purchased by Herman Crotwell. Crotwell came to work for Doc James in 1957 where he worked until his death.

James Drug Store is still owned by his family and they still believe "Where old-fashioned personal service meets modern day medicine." As one of the first pharmacies in the state to have a computer, James Drug Store has been a leader in pharmacy technology. Today we have an RX Safe and an automated robot to fill prescriptions. This enhances the accuracy and speed. Your medication is not touched by the human hand and promotes safety to the consumer. Our staff of pharmacist check each medication by NDC code and visual view of medication. The patient's safety in the accuracy of the medication makes James Drug Store your trusted source.

Although many things have changed throughout the years, our commitment to the customer remains the same. We are a local independent family-oriented pharmacy with fast, friendly, professional service committed to your healthcare needs.